Most Suitable Neighborhoods to Live in Baton Rouge 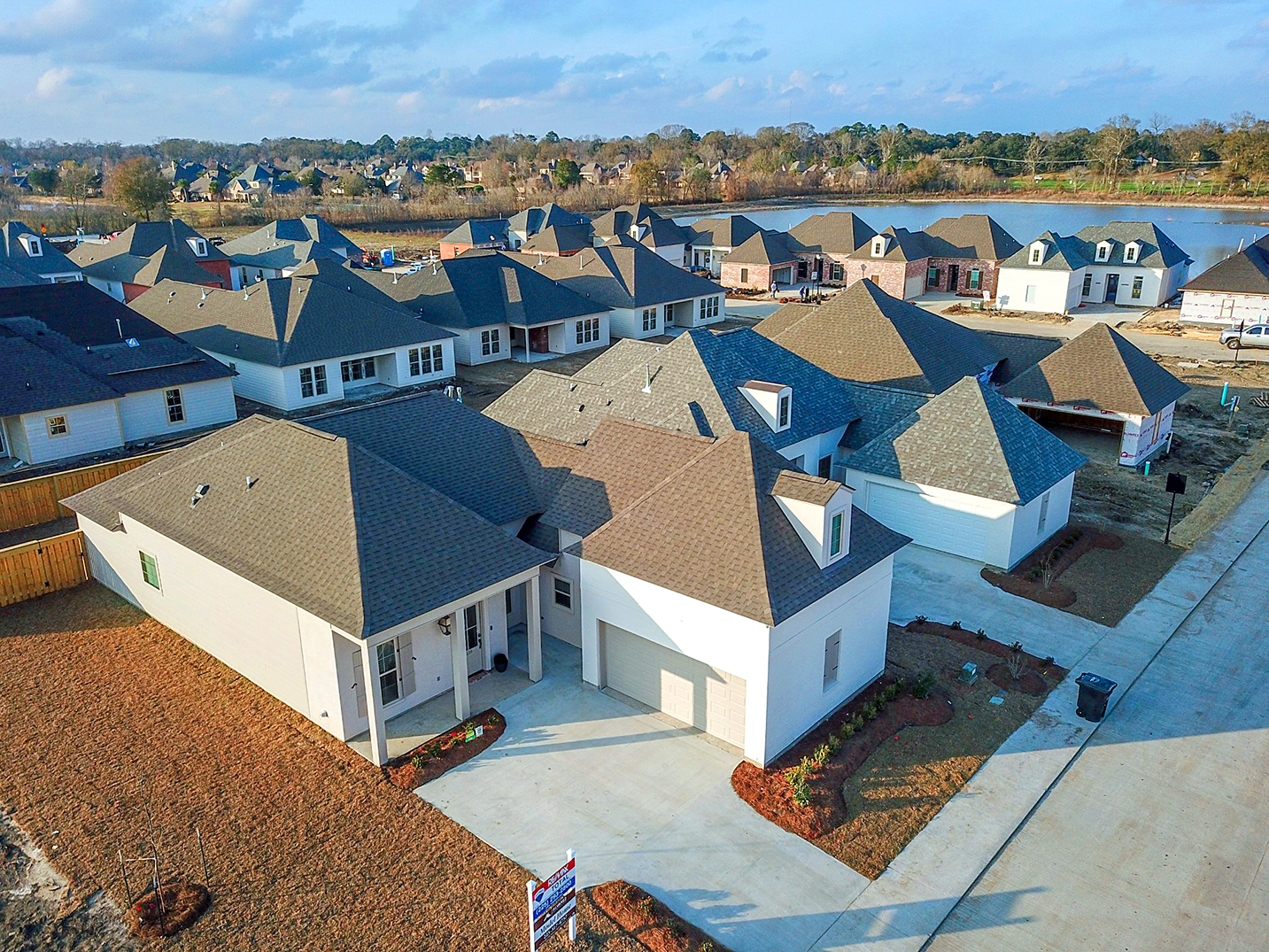 Looking for a place to feel at home in Baton Rouge? Each section of the capital has its own atmosphere, perks, and personality. If you are looking to live close to artistic and historic neighborhoods or simply want a home away from the hustle and bustle, this southern hotspot has many options, but locals love them more. 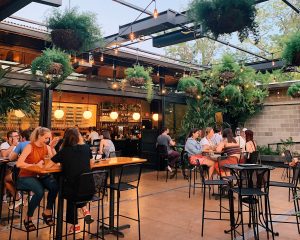 Right now, the most popular place in Baton Rouge is the Mid City district. Anchored by Government Street and nestled between downtown and Jefferson Highway, this stretch of land is where creatives live and breathe.

While Government Street is populated with local businesses and restaurants, the neighborhood features smaller areas full of artsy vibes and a laid-back attitude. There’s the Ogden Park neighborhood, which includes eight city blocks in Mid City. There is also the Capital Heights neighborhood, which has a quieter vibe but is still filled with a welcoming atmosphere. And they’re all freezing in a larger part of town that’s packed with events, festivals, and most recently its own Mardi Gras parade.

Artists, singles, and young professionals dominate the region. However, more and more couples and small families have started to settle in Mid City. This is thanks to its impressive number of attractions. The rent is also cheaper. Other neighborhoods cost between $ 800 and $ 1,200 on average. In Mid City, you can get a spot for around $ 700 a month.

Add in a few nearby schools, a cafeteria, a record store, and a grocery store that has been an institution for decades, and you have a healthy and vibrant neighborhood like no other neighborhood in Baton Rouge.

Food Hotspot: The neighborhood’s main street is lined with foodie hotspots including Curbside Burgers, French Truck Coffee, Simple Joe Cafe, Rocca Pizzeria, Tiger Deaux-nuts, and Elsie’s Plate & Pie. Not to mention the opening of the city’s first food hall, White Star Market, and one of the most popular local bars, The Radio Bar.

Located between the busy Jefferson Highway and Airline Highway, Old Goodwood is a Baton Rouge neighborhood perfect for families.

Neighborhood boundaries include the East Baton Rouge Parish Main Library and the upcoming City Farm Business Park development. On the outskirts of Old Goodwood, you will find many shops at the Towne Center at Cedar Lodge, as well as along Corporate Boulevard and at the Bocage Mall.

In the neighborhood are lush green spaces, homes with larger patios, and developments ready for construction. Among these developments is Adelia’s up-and-coming upscale residential area of ​​Old Goodwood, built on 17 acres of the famous Goodwood Plantation site. It dates back to the early 1930s.

The neighborhood’s median age is around 40, but with the emergence of new buildings and businesses, young professionals and families are beginning to reclaim the area.

Main Library – A recently redesigned library with three floors and 129,000 square feet to its name. The Main Library is a gem of design and resources in the city. Not only is it the perfect place to buy a new book, but the space has also been used for photoshoots and wedding receptions.

Gambino’s Bakery – As Mardi Gras season approaches, you will see the Gambino name on all of the specialty cakes at this bakery. The boutique also makes rich six-layer lobster cakes by hand that will tickle your teeth. 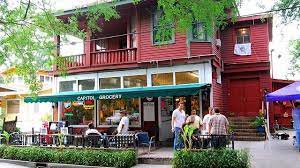 Perfect neighborhood for singles and artists.

The oldest district in the city, Spanish Town was established in 1805 as a place where the culture and language of Spanish citizens flourish. Although the small neighborhood has changed demographically many times, its mission remains the same. It reflects the colorful and changing heritage and development of Bâton Rouge.

What the district lacks in size, it makes up for in personality. This is where the city’s biggest and most daring Mardi Gras party takes place. These flamingos that decorate the lawn are not random either. They are the mascot of the parade and the neighborhood. If you live here, you will apparently get to know everyone quickly. These neighbors range from lawyers and artists to photographers and writers and perhaps even some government officials.

The size and spirit of Spanish Town make up for some run-down properties and the feeling that you are one step away from being in someone else’s backyard. However, thanks to an active civic association that has existed since 1974, beautification and preservation projects exist to preserve the neighborhood’s appearance.

The neighborhood is a few blocks from downtown, which is booming. Still, the city center needs a little more time to build its housing options. Spanish Town is the perfect choice for those looking for a big-city feel and small-town hospitality.

Spanish Town Parade: New Orleans may be known for Mardi Gras, but the Baton Rougeans know which local neighborhood best celebrates the Louisiana holidays. The Spanish Town Mardi Gras parade and it is still taboo themes have been going on for almost 40 years, beginning on Spanish Town Road and ending in the nearby city center.

Near Downtown: Just outside of Spanish Town is a downtown area filled with museums, government buildings, and restaurants, all within walking distance. 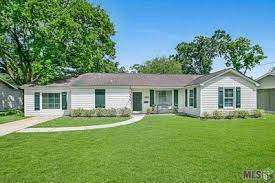 Southdowns spans some of the busiest intersections in the city. This makes it one of the most comprehensive views of all facets of the city.

To the south, you’ll find neighborhood homes with spacious backyards along Lee Drive and Stanford Avenue before approaching LSU. Heading west, Southdowns becomes increasingly frequented by popular local restaurants and bars as you drive down Perkins Road and get closer to the Perkins Road Overpass business district. Shops and restaurants continue east on Perkins Road.

The neighborhood itself is full of housing estates, small parks, and attractions within walking distance. Nearby is the LSU Lakes, where residents walk, jog, and bike at all hours of the day and night. Southdowns is a better option for homeowners.

Southdowns is also convenient for commuters on Interstate 10, but the intersections of Perkins Road and South Acadian Thruway, as well as Perkins and College Drive, are easily congested and become nightmarish settings for locals.

But the benefits of local businesses and scenery outweigh the little traffic headache. The area is rejuvenating with the addition of gourmet pubs and new American restaurants, beer bars, and, to Baton Rouge’s delight, Trader Joe’s.

Good Eats: The most popular restaurants in town are here. Near the edge of Southdowns, you can eat at restaurants like Kalurah Street Grill, DiGuilio Brothers, and The Overpass Merchant near the Perkins Road Viaduct. The neighborhood also has favorites like Red Zeppelin Pizza, Phil’s Oyster Bar, Fresh Junkie, and Southern Southern Poke. For a beer and some late-night bites, visit The Bulldog or Zippy’s Burritos, Tacos & More.

LSU Lakes: Southdowns is close to one of the city’s busiest walking, jogging, and biking attractions, a stretch of road along LSU Lakes. The road runs from Stanford Avenue to the LSU campus and the Garden District. Along the way, you will see beautiful houses, fishermen, and even some brave kayakers or paddle surfers. 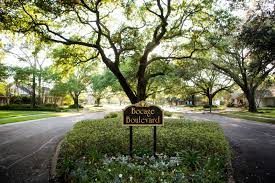 With its historic properties and architecture dating back to 1910, the Garden District looks like a slice of New Orleans in Baton Rouge. It is a quiet and comfortable neighborhood with a friendly atmosphere.

The Garden District is made up of three historic districts, including the city’s first subdivision, Roseland Terrace. Stroll through most of the streets here and you will see beautiful houses and bungalows. For those looking to rent, the neighborhood has its fair share of options at around $ 800 per month.

The neighborhood is a few blocks from city attractions, such as the developing restaurant scene on Government Street. For families, the Garden District is within walking distance of some of the best schools in the city. However, what makes residents feel at home are annual events like the popular St. Patrick’s Day Parade and Easter Egg Hunt, not to mention garage sales, crawfish boils, and neighborhood parties.

Local Flavors: One of the best places for a cup of coffee is Garden District Coffee. It roasts its beans in-house and has displays of sweets and pastries that sell out quickly. Across the street is Zeeland Street Market, another local favorite for hearty breakfast dishes and Creole lunch dishes.

BREC City-Brooks Community Park. One of the largest parks in the city. This 155-acre space features a dog park, children’s pool, golf course, and tennis center. Also in the park is the Baton Rouge Gallery, a contemporary art center with new monthly exhibitions and special events.

Perfect for Walking, Jogging, or Biking. With a collection of live oak trees, azalea gardens, and bike paths connecting the neighborhood to the nearby Louisiana State University campus, you shouldn’t be surprised to see neighbors come out and walk by some aerobic exercise at any time of the day.

You may also want to read:

Ready to get Started?

For Sale by Owner

2021 Falaya - All rights reserved
Built with love in Louisiana